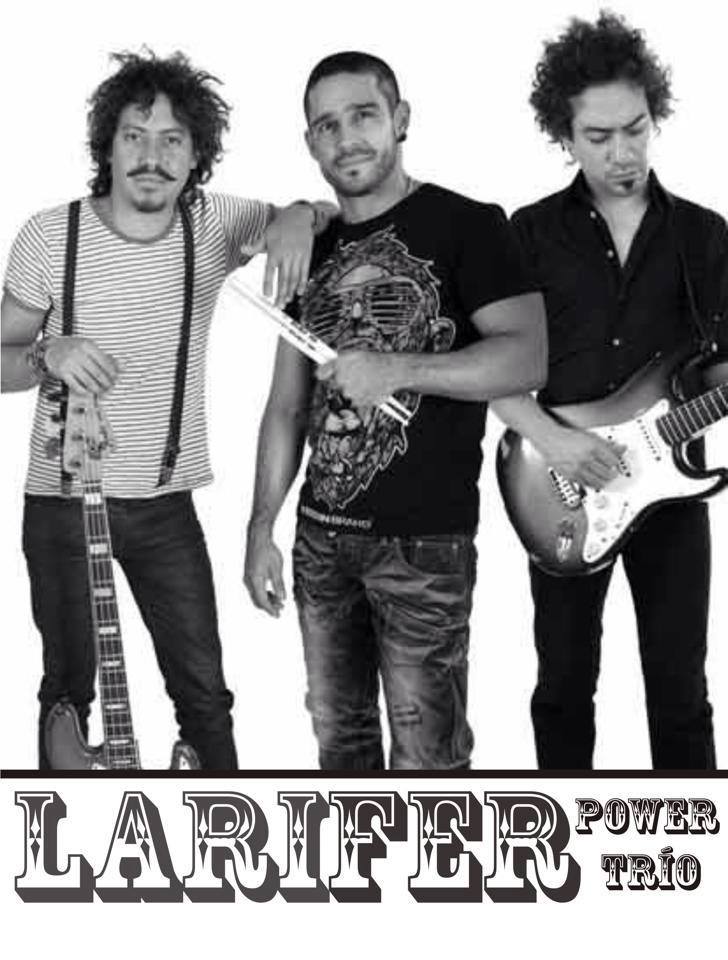 Brothers Fer Ruvel and Lari Ruiz Velasco, with a special guest drummer (Marco Castro or Pablo Madrigal) come together as The Larifer Power Trio, performing a unique fusion of Funk, Jazz, and Rhythm and Blues.

Fer Ruvel, internationally acclaimed bass player, singer, and composer, known for his stylistic diversity that mixes funk-edged jazz with rhythm and blues, takes new and old covers to an exciting new level. The bass becomes an extension of his own body and soul and keeps flawless time with buoyant tones and bold solos. Adding even more flavor to the experience, Fer brings improvised scat with melodic lines and arpeggio fragments throughout his performance.

Lari Ruiz Velasco is one of the most extraordinary and versatile guitar players in all of Mexico, garnering an international presence that clearly places his name among the guitar greats. Lari has worked on studio recordings and shared the stage with renowned artists such as Billy Branch (legendary harmonic player from Chicago), Olan Christopher (John Lee Hooker’s producer), Manhattan Transfer, and is currently part of the band of Alfonso Andre (Caifanes) and Alejandra Guzman.

The two brothers also play with the internationally famous funk jazz septet, Tío Gus. An original project where the two act as composers and producers, they are in the process of recording their second album. Tío Gus has performed in FIMU in Belfort France, Vive Latino (2012 ), and the Festival de Jazz de Campeche, Among Others.